INDIANAPOLIS, INDIANA - DECEMBER 15: Victor Oladipo #4 of the Indiana Pacers during a time out in the game against the Charlotte Hornets during the third quarter at Bankers Life Fieldhouse on December 15, 2019 in Indianapolis, Indiana. NOTE TO USER: User expressly acknowledges and agrees that, by downloading and or using this photograph, User is consenting to the terms and conditions of the Getty Images License Agreement. (Photo by Justin Casterline/Getty Images) (Photo by Justin Casterline/Getty Images)

Indiana Pacers: Player grades from 110-100 win over Hawks by Justin Byers
Malcolm Brogdon is the Perfect Guard for the Indiana Pacers by Colton Bennett

The return of Victor Oladipo for the Indiana Pacers is near. With a new piece being added to the rotation, the coaching staff will have the responsibility of integrating Oladipo and setting the all-star up for success.

While Victor Oladipo has said there is no exact timeframe for his return, the Indiana Pacers are in a convenient spot to ease the all-star back into action with his return on the horizon.

Indiana boasts of one of the most diverse scoring lineups in the league.

T.J. Warren and Jeremy Lamb have displayed the capability to score from any point on the court. Malcolm Brogdon has been fantastic with decision making as the leader at point guard.

Additionally, Brogdon is scoring 19 points per game. The trio of Brogdon, Lamb, and Warren has shown a consistent ability to get to the rim and finish.

Mixing in Myles Turner and Domantas Sabonis on the interior has the lineup running like a well-oiled machine.

This unit has come together as of late, luckily thanks to improving health.

Additionally, the Pacers are efficient at putting the ball in the bucket. Four of the five starters are averaging at least 16 points per game and the same players are shooting at least 47% from the floor.

The production has translated to the Pacers winning 15 of the last 20 games.

While the group doesn’t have anyone with the explosion of Oladipo, the unit plays cohesively and has improved over time.

The real question is, how and where do you integrate Oladipo in with this unit? First-world problems, right?

While this might not be a popular opinion, Oladipo could do some serious damage if Nate McMillan plays him initially with the second unit. An opportunity for Oladipo to ease his way into things.

There are some real options, with Oladipo’s dribble-drive ability and explosion.

With the bench unit, you can surround him with shooters in Justin Holiday and Doug McDermott.

Additionally, you could put the ball in Oladipo’s hands and let him create, playing Aaron Holiday off the ball, where he has been better in 2019. This would, unfortunately, leave T.J. McConnell as the odd man out, which does not seem fitting. However, he does not shoot well enough to fit into this option.

The option to stick with McConnell in the rotation executes a small ball gameplan.

Either Turner or Sabonis would have to play with the group to maintain size and a formidable presence in the paint.

The coaching staff is likely to call on Sabonis because of his strength as a rebounder.

This would leave Oladipo and McConnell as the options to drive to the rim on the second unit.

The downside is that Aaron Holiday could have some minutes restricted. Regardless, this group will be better with penetration and ball movement. The second unit with Oladipo would push the pace and put pressure on opponents for all 48 minutes.

But don’t expect Oladipo to be a part of the second unit for long. 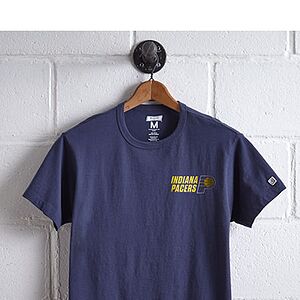 Once Oladipo returns to old form, it is projected that Lamb will be the odd man out of the current starting lineup. Lamb doesn’t provide the same explosion as Oladipo but can provide the second unit with a potent scoring option.

Thankfully, Lamb’s ability to earn reps in the starting lineup will help improve the integrity and production of the Pacers’ second unit as the group will experience further change within its rotation.

The Pacers’ second unit is primed for long-term success and that could be solidified if Oladipo comes off the bench to begin his return to the floor for the blue and gold. Once back to his old ways, the second unit will continue to be potent with Lamb added to the mix.

This could take the Pacers to the next level.

The Toronto Raptors have had the best bench in the league over the past few seasons. The team has displayed how important it is for both immediate and long-term success.

It finally played through with a title last season. The NBA is a copy-cat league. Indiana is in a prime opportunity to have that elite-level second unit, with the unique situation of mixing Oladipo’s talents back in as the team moves forward.

Next: Three factors that have propelled the Indiana Pacers this season

The decision to play the star off the bench early is an easy one, to test the water of fit and determining roles. Playing Oladipo as the sixth man might be the best match for ultimate success to start 2020 as he integrates himself into the rotation.